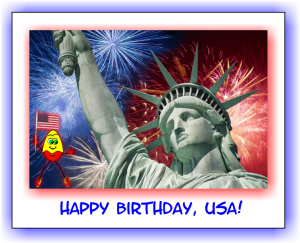 Happy Birthday, USA. Today the Unites States of America has a Birthday or National Day. Independence Day, is also known as the Fourth of July and it is a federal holiday in the United States. It is the anniversary of the day on which the Declaration of Independence was adopted by the Continental Congress.

On July 4, 1776 the Continental Congress approved the formal statement explaining its decision to break free from Great Britain and form a new nation. That document is known as the Declaration of Independence. It was prepared by a committee headed by Thomas Jefferson. It was a formal explanation of why the Continental Congress voted to declare independence from Great Britain. The main problem was that the colonists were angry they were being taxed by the British government, and they had no vote or voice in the decisions that affected them. The Declaration of Independence was meant to justify a revolt against the British, with a list of charges against the British king.

Today it’s customary to celebrate the national holiday with red, white, and blue, fireworks and parades, stars and stripes, flags and BBQs. 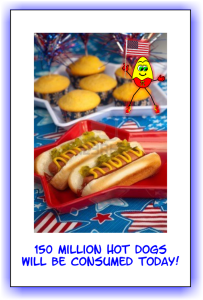 The Declaration of Independence was actually a letter to King George that had been written on July 2 by Thomas Jefferson.

The first signature on the Declaration of Independence was John Hancock’s. The myth is that he wrote his name large so that Kind George would be able to read it without his glasses. John Hancock was the only person to actually sign the Declaration of Independence on July 4, 1776. The other 55 signers did not sign it until August 2nd or even later.

Over an estimated 150 million hot dogs will be consumed today. That’s roughly 1 dog for every two people in the U.S.

When the United States became a country, there were approximately 2.5 million people living in the country. Today the population is around 304 million.

The US national anthem is actually set to the tune of an old English drinking song called To Anacreon in Heaven.

Benjamin Franklin wanted the turkey to be the national animal but was outvoted when John Adams and Thomas Jefferson chose the bald eagle.

Q: Do they have a 4th of July in England?

Now that you are here, please grade the US Presidents using a scale from 1 – 10 (10 being the best and 1 being the worst.) 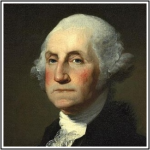 George Washington (February 22, 1732 – December 14, 1799), was one of the Founding Fathers of the United States, serving as the commander-in-chief of the Continental Army during the American Revolutionary War and later as the new republic’s first President. He also presided over the convention that drafted the Constitution. Washington, D.C., the capital of the United States, is named for him, as is the State of Washington on the nation’s Pacific Coast. 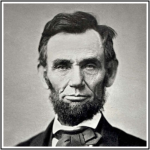 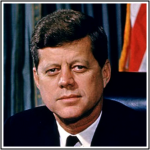 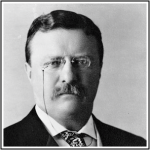 Theodore “Teddy” Roosevelt (October 27, 1858 – January 6, 1919) was the 26th President of the United States of America (1901–1909). He is noted for his exuberant personality, range of interests and achievements, and his leadership of the Progressive Movement, as well as his “cowboy” persona and robust masculinity. He was a leader of the Republican Party and founder of the short-lived Progressive (“Bull Moose”) Party of 1912. Before becoming President, he held offices at the city, state, and federal levels. Roosevelt’s achievements as a naturalist, explorer, hunter, author, and soldier are as much a part of his fame as any office he held as a politician. Roosevelt was 42 years old when sworn in as President of the United States in 1901, making him the youngest president ever; he beat out the youngest elected president, John F. Kennedy, by only one year. Roosevelt was also one of only three sitting presidents to have won the Nobel Peace Prize. 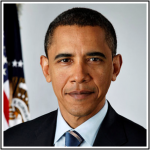 Barack Hussein Obama II (born August 4, 1961) is the 44th and current President of the United States. He is the first African American to hold the office. Re-elected foe a second term on November 6, 2012 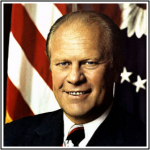 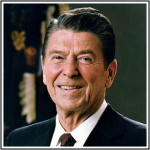 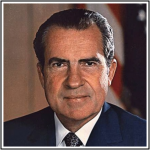 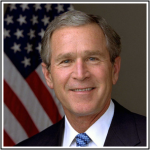 George Walker Bush (born July 6, 1946) is an American politician and businessman who was the 43rd President of the United States from 2001 to 2009 and the 46th Governor of Texas from 1995 to 2000. The eldest son of Barbara Bush and George H. W. Bush, he was born in New Haven, Connecticut. After graduating from Yale University in 1968 and Harvard Business School in 1975, Bush worked in oil businesses. He married Laura Welch in 1977 and ran unsuccessfully for the House of Representatives shortly thereafter. He later co-owned the Texas Rangers baseball team before defeating Ann Richards in the 1994 Texas gubernatorial election. In a close and controversial election, Bush was elected president in 2000, becoming the fourth president to be elected despite receiving fewer popular votes nationwide than his opponent. Bush is the second president to have been the son of a former president, the first being John Quincy Adams. He is also the brother of Jeb Bush, former Governor of Florida. 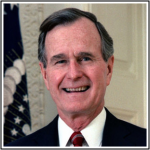 Enjoy Macy’s 4th of July Fireworks TV 2012. The video might not be available in your area or for your device.