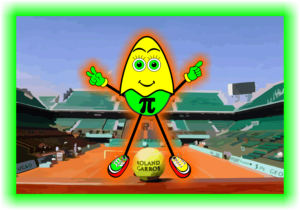 A tennis lover’s week is upon us. The event is the second week at the French Open. The French Open is by far the biggest clay court tennis tournament in the world. The tournament is named after the French aviator Roland Garros. It is one of the 4 Grand Slams; the other three Grand Slams are the Australian Open in January, Wimbledon in June/July and the US Open in August/September.

The very first French National Tennis Championship was held in 1891. The very first ladies Tournament was introduced at 1897. The French Championships become international in 1925 and was played at the Stade de Roland-Garros. 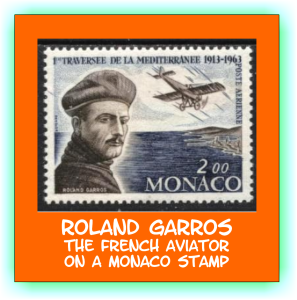 Roland Garros was a pioneer French aviator. He is famous for completing the first solo flight across the Mediterranean Sea on September 23, 1913. He is also an engineer and the inventor of the first forward-firing aircraft machine gun. Roland Garros was the first pilot to shoot down five enemy aircraft, and to be called an “ace” for doing so. Sadly he was killed in aerial combat in 1918, five days before the war ended.

Well, the name of the trophy given to the Men’s Singles champion is called The Musketeers’ Trophy or La Coupe des Mousquetaires (in French). The latest version of the trophy was created in 1981. It is symbolises the victories of four famous French tennis players, who together make up the “Four Musketeers”: Jacques Brugnon, Jean Borotra, Henri Cochet and René Lacoste.

The trophy is housed in the office of the president of the French Tennis Federation and is only removed once every year when the Men’s Singles winner at the French open is announced. The winner does not get to keep the actual trophy! What? The winner gets a replica, which is slightly smaller than the original. The replica is also made of silver and takes over one hundred hours to produce. The trophy weighs around 14 kg (30 lbs) and is 21 cm (8 in) high. 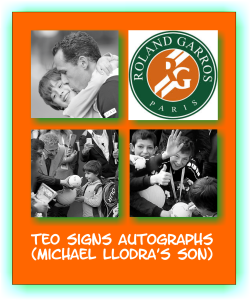 Michael Llodra’s youngest son, Teo helps his dad by carrying his tennis bag. As he walks out, the autograph hunters get his autograph too. How cool is that!

To visit the Official site of the Tournament, click the poster below:

← Daylight Saving Time and why we move our clocks?
Happy Independence Day, USA →