Every year on February 14, we celebrate St. Valentine’s Day around the world. Tons of candy, flowers and gifts are exchanged between loved ones. But who is this mysterious Valentine, was he a real person, did he even exist? There are two popular legends about a man named Valentine:

The first legend takes place in Rome around the 3rd Century or the year 270 specifically. The Roman Emperor Claudius II, who was the man in charge at the time, was fighting many wars and for that purpose he needed many soldiers. He decided that single men made better soldiers than those that were married, because the married ones wanted to spend time with their families. So, he outlawed all marriages. 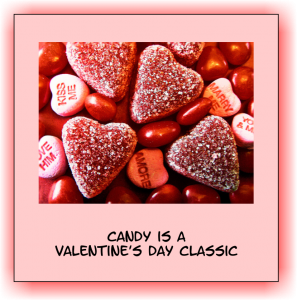 Enter the priest Valentine, who believed that people needed to get married and he secretly and illegally married couples anyway! He performed the weddings in secret places, so the Roman soldiers would not find out. But they did find out; Valentine was arrested and brought before the Emperor, who had him put to death for disobeying his orders.

The second popular Valentine legend tells of a prisoner awaiting execution, named Valentine. While in prison he fell in love with the daughter of his jailor. She came to visit him from time to time and their hopeless romance grew. Before he was put to death he wrote her a love letter and signed it ‘Your Valentine’, words still used on cards today.

We don’t know if either of the two Valentines legends are true, but that shouldn’t stop us from having a few chocolates today (in addition to the ones we have anyway!)

Another valentine gentleman you may be wondering about is Cupid (Latin cupido, “desire”). In Roman mythology Cupid is the son of Venus, goddess of love. His counterpart in Greek mythology is Eros, god of love. Cupid is often said to be a mischievous boy who goes around wounding both gods and humans with his arrows, causing them to fall in love.

If you have a couple of seconds, please select below: