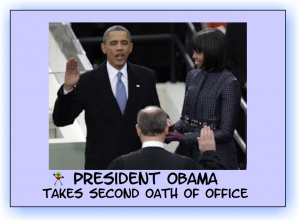 Thousands came to Washington, D.C. to help Obama kick off his second round in the White House, including notable names like Beyonce, Alicia Keyes, Katy Perry, Stevie Wonder and James Taylor. An inauguration planning official says that the number of people that attended the festivities was “definitely above 800,000” and possibly up to 1 million people. About 1.8 million people attended President Barack Obama’s first swearing-in in 2009. 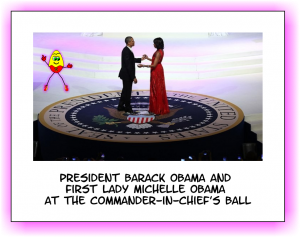 An inauguration is a formal ceremony to mark the beginning of a major political leader’s term of office. The “inaugural address” is a speech given during this ceremony which informs the people of his/her intentions as a leader. A monarchical inauguration may be called a coronation or enthronement.

The inauguration of the president of the United States takes place every four years on January 20 (unless it is a Sunday, like this year). The day a presidential inauguration occurs is known as “Inauguration Day”. Inauguration day was originally on March 4, four months after Election Day, but this was changed to noon on January 20 by the Twentieth Amendment in 1933. Read the Fun Facts below to find out why. 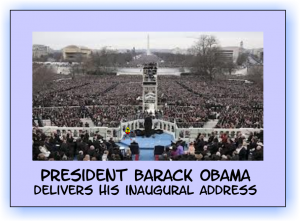 Where does the word “inauguration” come from?

The historical source of the word “inauguration” stems from the Latin augur, which refers to the rituals of ancient Roman priests seeking to interpret if it was the will of the gods for a public official to be deemed worthy to assume office.

Back in a time when news was carried by messengers on horses, there needed to be a great length of time between Election Day and inauguration day so that all the votes could be tallied and reported. To allow this time, inauguration day used to be March 4.

By the early twentieth century, this huge amount of time was no longer needed. The inventions of the telegraph, the telephone, automobiles, and airplanes had greatly cut the reporting time needed. The date of inauguration day was changed in 1933 to January 20 by the addition of the 20th Amendment to the U.S. Constitution. The Amendment also specified that the exchange of power from the lame duck President to the new President would take place at noon. 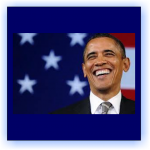 Please vote for your favourite US President right here: 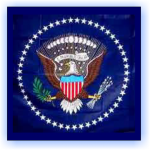