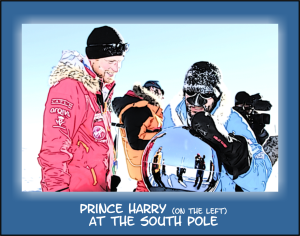 Prince Harry was part of a three team South Pole Expedition organized by the charity Walking With The Wounded. The three teams had seven participants each made up of wounded servicemen and women. Prince Harry was travelling with four amputees on his team. The teams represented the United Kingdom, the United States and the Commonwealth (represented by Canada and Australia), The teams had to trek more than 200 miles (322 kilometers) across the sparse continent of Antarctica, in temperatures as low as -35 degrees Celsius (-31 Fahrenheit). Prince Harry is the first British royal to reach the South Pole. 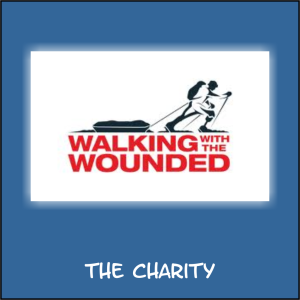 Tell me a little bit about the charity

Walking With The Wounded is a charity which raises funds to retrain and re-educate injured troops and help them find new careers outside the military. This enables the blind, the burn victims, the mentally injured, the amputees and all the other wounded personnel to rebuild their lives and to return to the work place. It is based in the United Kingdom. “Our aim was to show that, despite injury, young men and women from our armed forces can still achieve great things” said Ed Parker, the expedition’s director and co-founder of Walking With The Wounded, 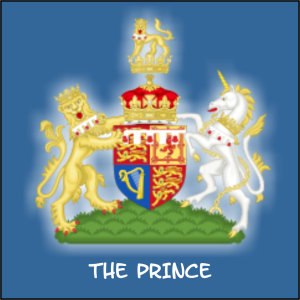 Who is Prince Harry?

Prince Henry of Wales was born on 15 September 1984. He is commonly known as Prince Harry. He is the younger son of Charles, Prince of Wales, and Diana, Princess of Wales. His elder brother is Prince William, Duke of Cambridge, Prince Harry enjoys playing many sporting activities, playing competitive polo, as well as skiing and motocross. Prince Harry is a supporter of the Arsenal Football Club. Harry is also a keen Rugby Union fan, and supported England’s bid to host the 2015 Rugby World Cup. 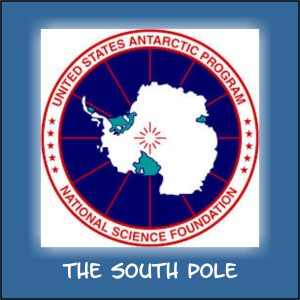 Go to The Live Webcam at The South Pole

Give me the basics about the South Pole

The South Pole is the most southern point on the Earth. It is in the continent called Antarctica. From the South pole, everywhere is North ! Wow! But what is even more amazing is that there are not one, not two, but three South Poles!

1)    The Geographic North and South poles are the poles the earth spins around, the ones people see on a globe where all the north/south lines meet. These poles stay in the same place, and are usually the ones we mean if we just say North or South Pole.. Its only marker is a stake with a sign honoring the first explorers to reach the geographic south pole.

2)    The pole your compass points toward when you head south is The Magnetic South Pole. That pole moves all the time. It is heading toward Australia at six to nine miles (10 to 15 kilometers) per year.

3)    And then there’s The Ceremonial South Pole, which has been set aside for photo opportunities. A short walk from the geographic south pole, the ceremonial pole is marked by a red and white striped pole topped with a shiny, chrome-colored sphere. 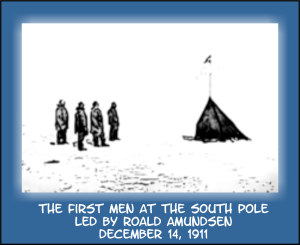 Any interesting facts and fun stuff I should know, but I don’t?

Well, for starters, the Antarctica is the only place on Earth that belongs to nobody. No traces of any indigenous people have been discovered so far. Also, Antarctica is a very cold place. At the pole itself, there is a six-month winter where the sun never rises. Once the sun does come up, it is the beginning of a very cool event – a six month summer! You can stand at the South Pole at any hour of the clock and see the sun above the horizon. During the summer the sun appears to be slowly travelling counter-clockwise around you.

The South Pole is hard to reach, because Antarctica is a mountainous continent. It is covered by very thick ice, which in some places is even more than a mile (1.5 km) thick. The south Pole is very high up, and is very windy. 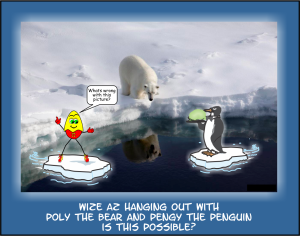 The first men to reach the South Pole were a group of Norwegian explorers led by Roald Amundsen. They arrived at the Pole on December 14, 1911 .

Antarctica holds 90% of all the ice on Earth, which makes up for 3/4 of our planet’s freshwater reserves.

Do you have any videos ?

Enjoy a Video of the launch of the Expedition. Please note that the video might not be available in your area or for your device. We are sorry, but it’s out of our control.