Warning: include() [function.include]: Failed opening 'wp-includes/class-wp-term-connect.php' for inclusion (include_path='.:/usr/local/php5_3/lib/php') in /home/content/78/10084078/html/wp-config.php on line 92
 Fully Tattooed Professor Wants to be President of the Czech Republic – Kidz News

Czech artist and composer Vladimír Franz is an official candidate for President. He is well known for his tattoos that cover the majority of his body. If he wins and becomes President of the Czech Republic, he would go down in history as the world’s first head of state with a fully tattooed head.

Franz has tattoos covering 90 percent of his body, a variety of body piercings and dyed, blue hair.

According to the Daily Mail, the politics of professor Franz are moderate and promoting tolerance. He supports human rights and democracy. Franz strongly encourages the search for alternative energy sources. 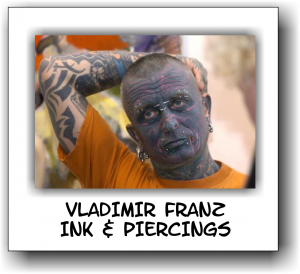 He was born to a family of an electrical engineer and a nurse. His mother’s grandfather was the uncle of the world-renowned artist Jiří Trnka. Vladimir Franz graduated from the Faculty of Law but he decided not to pursue the career of a lawyer. He is the head of the Cabinet of Stage Music at the Prague Academy of Performing Arts. He is also a lecturer at the Film Academies in Prague and Brno. He is a six times laureate of the Alfred Radok Award , Theatrical Newspaper Award and OSA Award. Professor Vladimír Franz is divorced and has one daughter. His official site is located here. 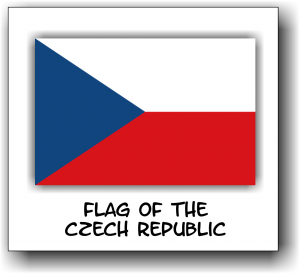 The Czech Republic (Czech: Česká republika, short form Česko) is a landlocked country in Central Europe. The country is bordered by Germany to the west, Austria to the south, Slovakia to the east and Poland to the north. Its capital and largest city, with 1.3 million inhabitants, is Prague. The Czech Republic includes the historical territories of Bohemia and Moravia and a small part of Silesia.

← Grammy Nominations Announced – Battle of the Pops!
I Pinky Promise… →