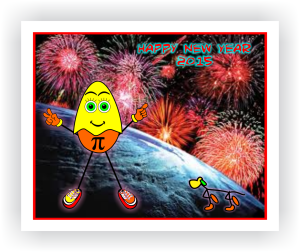 In the Western calendar (Gregorian calendar), New Year’s Eve, the last day of the year, is on December 31. A year is the time it takes for the Earth to circle the sun one time, which is approximately 365 days.

In many countries, New Year’s Eve is celebrated at evening social gatherings, where many people dance, eat, drink alcoholic beverages, and watch or light fireworks to mark the New Year. Wize Az, while traveling the world with Jumbles, came across some unusual traditions. Here are some of them: 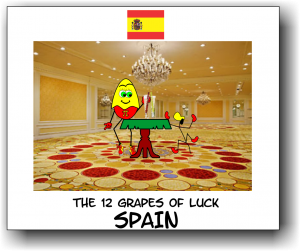 At midnight on New Year’s Eve, it’s customary in Spain to quickly eat 12 grapes (or uvas)—one at each stroke of the clock. Each grape supposedly signifies good luck for one month of the coming year. In Spanish: “Las doce uvas de la suerte”, which means “The twelve grapes of luck.” 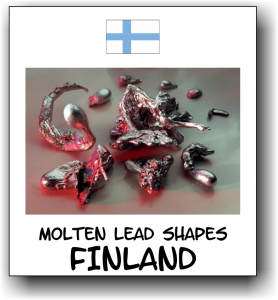 In Finland, Germany and Austria it’s a tradition to predict the coming year by casting molten tin into a container of water, and then interpreting the shape the metal takes after hardening. A heart or ring shape means a wedding in the New Year; a ship forecasts travel; and a pig shape signifies plenty of food. 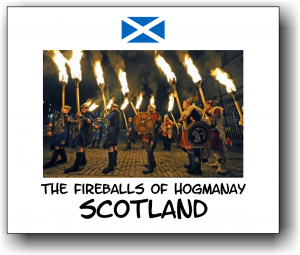 During the New Year’s Eve celebration of Hogmanay, “first-footing” is practiced all over Scotland. The custom dictates that the first person to cross the threshold of a home in the New Year should carry a gift for luck (whiskey is the most common). The Scots also hold bonfire ceremonies, most notably in the small fishing village of Stonehaven, where townsmen parade while swinging giant fireballs on poles overhead (supposedly symbols of the sun, to purify the coming year). 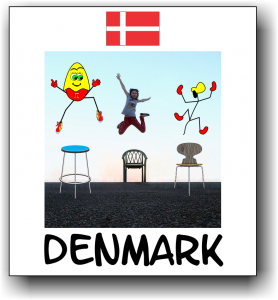 Many Danes ring in the New Year by standing on chairs and then jumping off them together at midnight. Leaping into January is supposed to banish bad spirits and bring good luck. 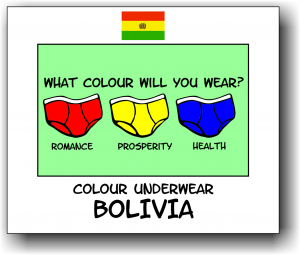 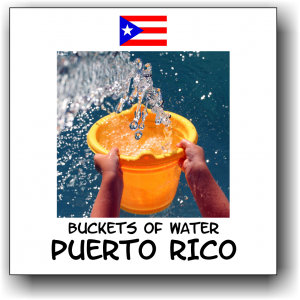 When it’s New Year’s Eve in Puerto Rico, they throw buckets of water out the window to “clean” the old year out. They also clean their homes and decorate them, as it is supposed to symbolize the “cleaning” of the spirit. 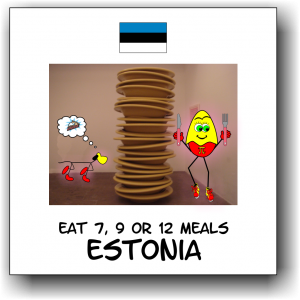 Estonians follow a custom of trying to eat seven times on New Year’s Day, to ensure abundant food in the coming year. If a man ate seven times, he was supposed to have the strength of seven men the following year. You don’t have to finish the whole meal. Some people eat 9 or 12 times!

← Flipping the classroom – the future of school?
Will you be my Valentine? →

1 comment for “New Year’s Eve Traditions around the World”