Warning: include() [function.include]: Failed opening 'wp-includes/class-wp-term-connect.php' for inclusion (include_path='.:/usr/local/php5_3/lib/php') in /home/content/78/10084078/html/wp-config.php on line 92
 Leaping From the Edge of Space – Kidz News 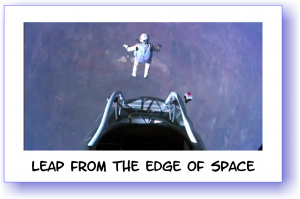 On October 14, 2012 Austrian daredevil Felix Baumgartner set a new world record for the highest-ever skydive. He jumped from 24 miles or 39 kilometers above the Earth’s surface.

The ascent from the ground to the edge of space took a little bit less than 3 hours in the specially designed balloon and capsule. The leap itself lasted 9 minutes and 3 seconds. 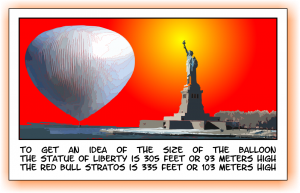 The so-called “Space Jump” took place over the desert in Roswell, New Mexico, USA. The whole mission took over 2 years to prepare and is sponsored by the Austrian energy drink company “Red Bull”.

Fearless Felix, as his friends call him, was born in Salzburg, Austria in 1969. He began skydiving at the age of 16 and joined the Austrian military’s demonstration and competition team. It was there that he refined his skills and soon became one of Europe’s most accomplished parachutists. 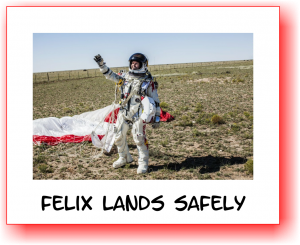 Felix also became the first person to reach supersonic speed without a vehicle. His speed was clocked at 834 mph or 1,342 kph. The third record he set was for highest-ever manned balloon flight.

Just before his historic leap Felix Baumgartner said: “Sometimes you have to go up really high to see how small you really are.” 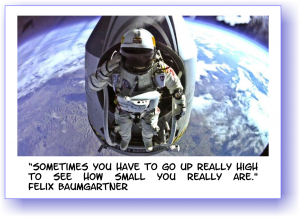 ← Burgers don’t grow on trees, or do they?
Super Bowl XLVII →