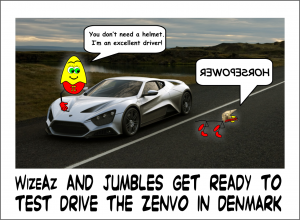 Zenvo Automotive is a Danish sports car company located in Præstø on the Danish island of Zealand. It has produced a unique hand built supercar. The Zenvo ST-1 is built mainly from carbon fiber and is powered by a 1,250 horsepower engine!

The term horsepower was coined by James Watt, who invented a new type of steam engine in the eighteenth century. Watt found that the horse could do a certain amount of work per second; when he sold his steam engines, this measurement allowed him to estimate the worth of an engine in terms of the number of horses it would replace. Therefore, a five-horsepower engine was capable of replacing five horses.

How many horses would the Zenvo ST-1 replace?

The funny thing is that you can’t buy it in the company’s home country of Denmark. “Why”, you ask? 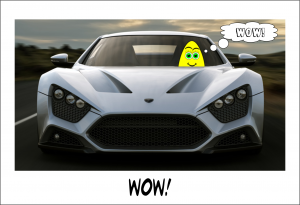 2 comments for “Denmark Builds a Supercar”