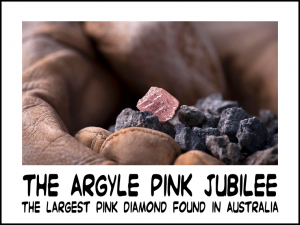 Natural pink diamonds are considered one of the most valuable types of diamonds, and are typically found in museums, fine auction houses, and on the hands of royalty.

Rio Tonto, the mine that found the gem, donated it to the Melbourne Museum, and it is now part of the Dynamic Earth Exhibition, which features displays of more than 3,000 minerals and gems.

“As the largest pink diamond found in Australia, this is an important and spectacular piece of Australia’s mining history,” Museum Victoria public engagement director Tim Hart said. “We are very appreciative of Rio Tinto for donating the diamond, and are excited to be able to share its story at Melbourne Museum.”

Pink diamonds were made famous throughout the world thanks to the Pink Panther series of movies. The Pink Panther diamond refers to a jewel so special and rare that the shape of a panther can be seen in it when it’s held up to the light.

The Diamond is the hardest naturally occurring substance on earth. While there are a few substances that are created by humans that are harder, nothing in nature compares to the diamond for hardness and durability. 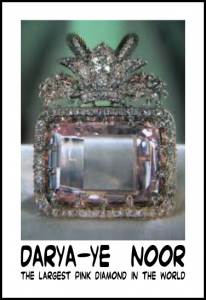 ← Spring Is In The Air
Curiosity lands on Mars →